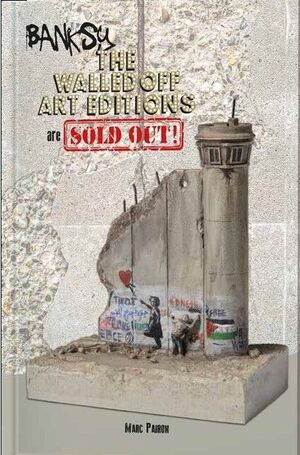 Author Marc Pairon set out to investigate and now uncovers the secrets of BanksyÆs much-coveted Walled Off art editions. In 2017, Banksy opened his The Walled Off Hotel in Bethlehem, a living art installation with which he brings the Palestinian oppression up for discussion. Between 2017 and 2020, Banksy issued limited editions of miniature multiples of the dividing wall in Palestine, which were only available to guests staying at The Walled Off Hotel. The various shapes of the æsouvenirsÆ executed in polymer resin were created by Banksy himself, while he also supervised the graffiti decorations carried out by Palestinian artists. These decorations copy the graffiti that can be found on the Israeli barrier on the West Bank and include a number of iconic images by the grandmaster himself. The Banksy phenomenon needs no further introduction. All over the world, he is currently the visual artist who gets the most attention in the press and is on everybodyÆs lips. His possible life story has already received extensive literary coverage, while most of his graffiti has been published many times. Until now, little